One of the slots with sports theme, football to be more precise. If other slots have great animations, this one is perfect, in real time.

The symbols of the game are the pictures of football players (just like the stickers for the album) from the time they played, or play this sport.

Pele, Maradona, Cruyff, Keegan, Best are just some of the names in this slot. 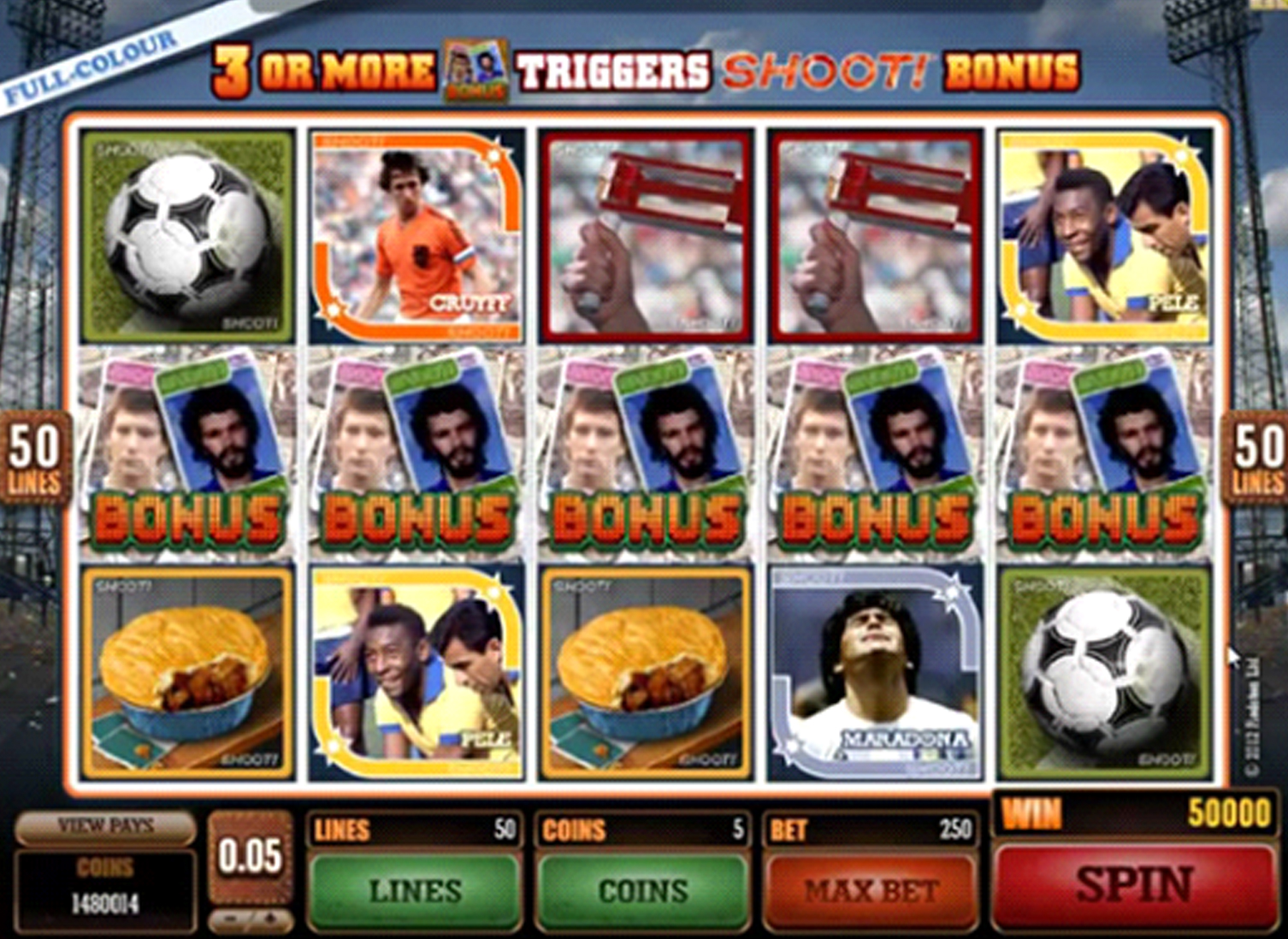 50 pay lines and the Bonus Game in the form of Shoot bonus is something completely new, and that grabs the player’s attention with the pictures of players, but, let’s start from the top.

Similar to almost all slots, there is a wild symbol (Joker) that replaces all symbols except for Scatter symbol during the game. The image of the wild symbol is the ball with Shoot written on it.

The race to combine as many images of Maradona, Beckenbauer and Best in the line is interesting, it wins a certain number of points according to the predetermined table, but the specialty of this game is the Shoot Bonus. 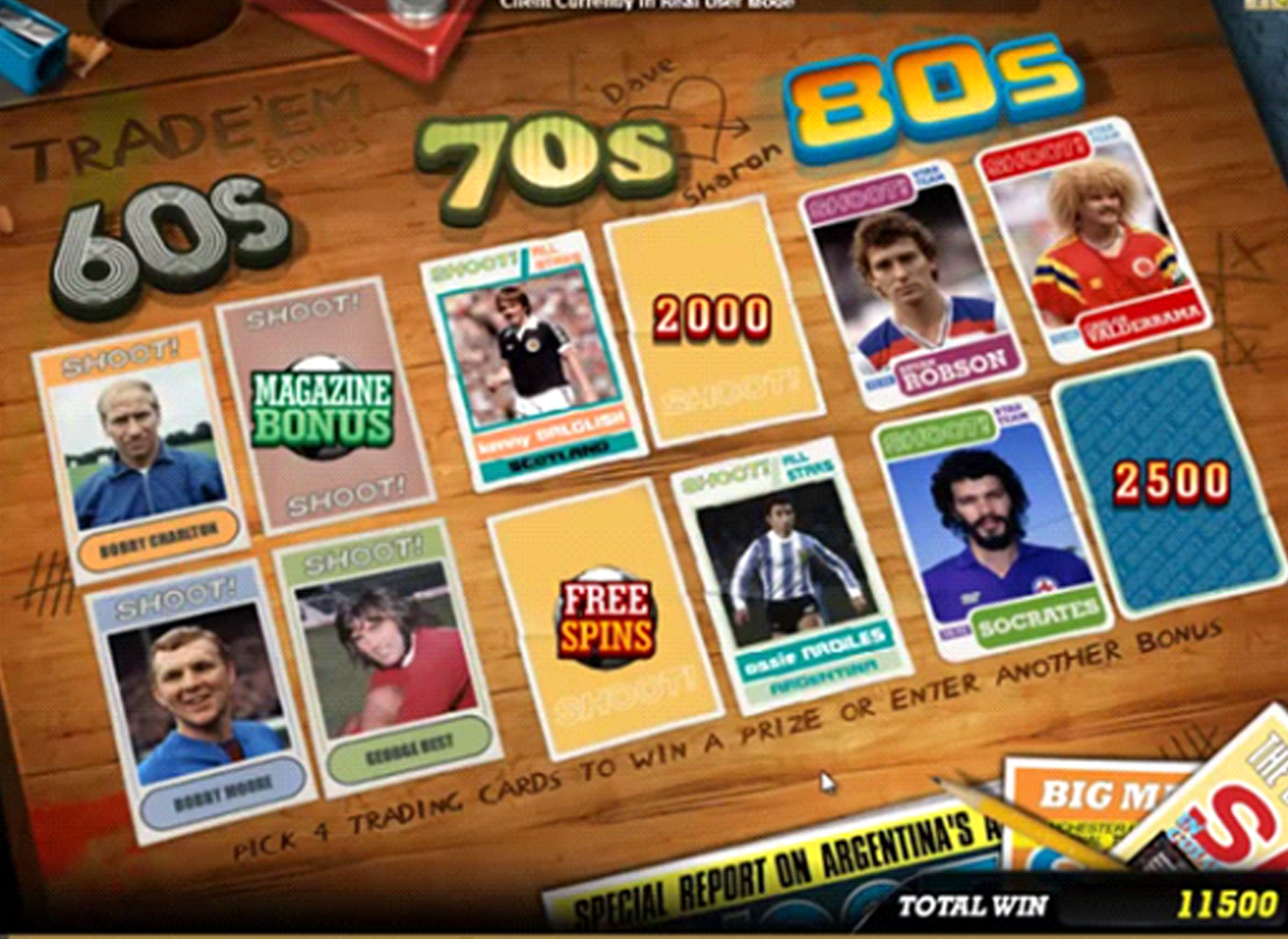 Shoot Bonus (the symbol with the image of the football player with Bonus written on it) is generated by 3 such symbols in one spin, irrelevant on the line. The picture shows 5 in the middle, accidently.

When you receive a Shoot Bonus an album with pictures appears (similar to Panini album) where the player has the right to select and remove 4 out of 12 images on the screen.

Beneath each image removed there is a field with points won in the Shoot Bonus.

The player has won 2000 and 2500 points, for example. Also, the picture shows whether the player has the option to win Magazine Bonus and Free Spins, winning new bonus points. 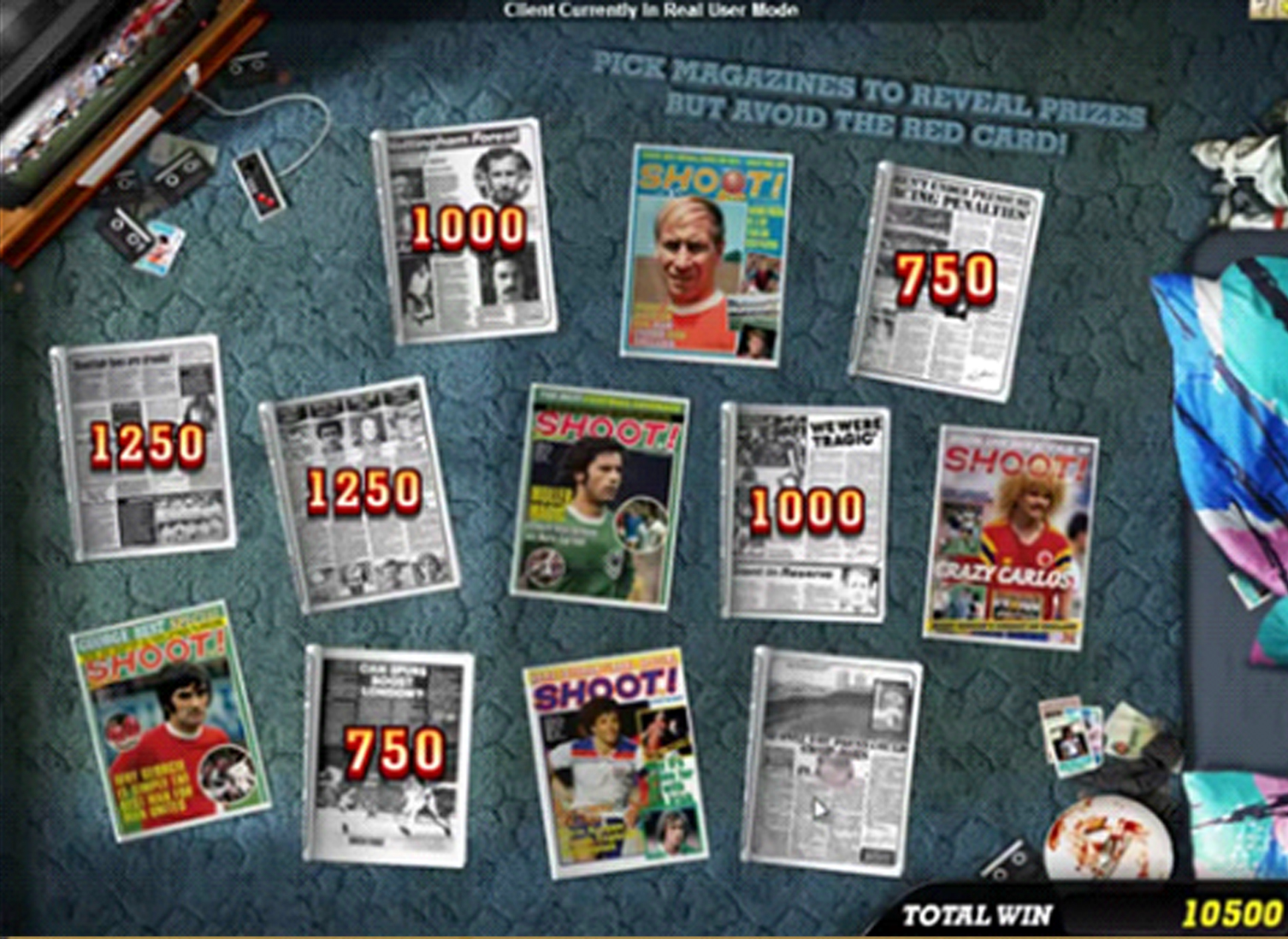 Magazine bonus generates 12 new pictures, with 2 red cards beneath, marking the end of the Magazine Bonus. This means, in theory, the player has the chance to win 10 more fields with bonus points.

Upon the completion of the Magazine Bonus and case of Free Spins, the player spins the scoreboard that randomly picks a number of free spins where each winning is multiplied by 2.

Once more, the game is very interesting and real due to the characters that appear in it. Collecting football players, removing pictures from the album, revealing fields, scoreboard, are just some of the symbols in this game. The graphics and the idea deserve a mark 10.

A large number of pay lines, 50 or more types of Bonus Games will keep the player playing, they do not spend the points fast, and provide the chance to win in an interesting way.

For some, lack of Gambling will be a put off, but a large number of advantages in this game has made it one of my favorite picks regarding slots.